When it comes to the weekend, my favourite way of spending a Saturday (or Sunday) is having a lazy morning followed by food, good company and perhaps a few glasses of fizz. So when my friend Leah from Devoted To Pink and I were planning a catch up, brunch seemed the obvious choice. After looking at various venues and menus, we settled on the three course brunch at Avenue on St James Street alongside taking advantage of their unlimited prosecco offer. Located a short walk from Green Park station, Avenue really feels like it belongs in Manhattan rather than London’s Piccadilly.

Since I arrived before Leah, I had time to sit with a glass of wine and soak up the gorgeous atmosphere which could easily have played host Carrie and the rest of the SITC girls.

Once Leah had arrived, we walked through the bar and were shown to our table in the restaurant. We were seated beside the central bar with a gorgeous chandelier made entirely of wine glasses and with a glass of prosecco in hand we had time to study the menu. Aside from the selection of juices, shakes and coffee, the brunch menu is split into three sections; eggs, brunch and dessert. We had a little confusion as to what and how to order, but the waiter was very helpful and explained than with the three course menu you get one large and two small dishes, or one small with the two course version. The desserts are each classed as a small dish. We both decided to have one from each of the sections with the chorizo & potato hash topped with a poached egg to start, pancakes for our second course (although I selected the bacon and maple syrup version while Leah chose fruit) and a sundae for dessert. 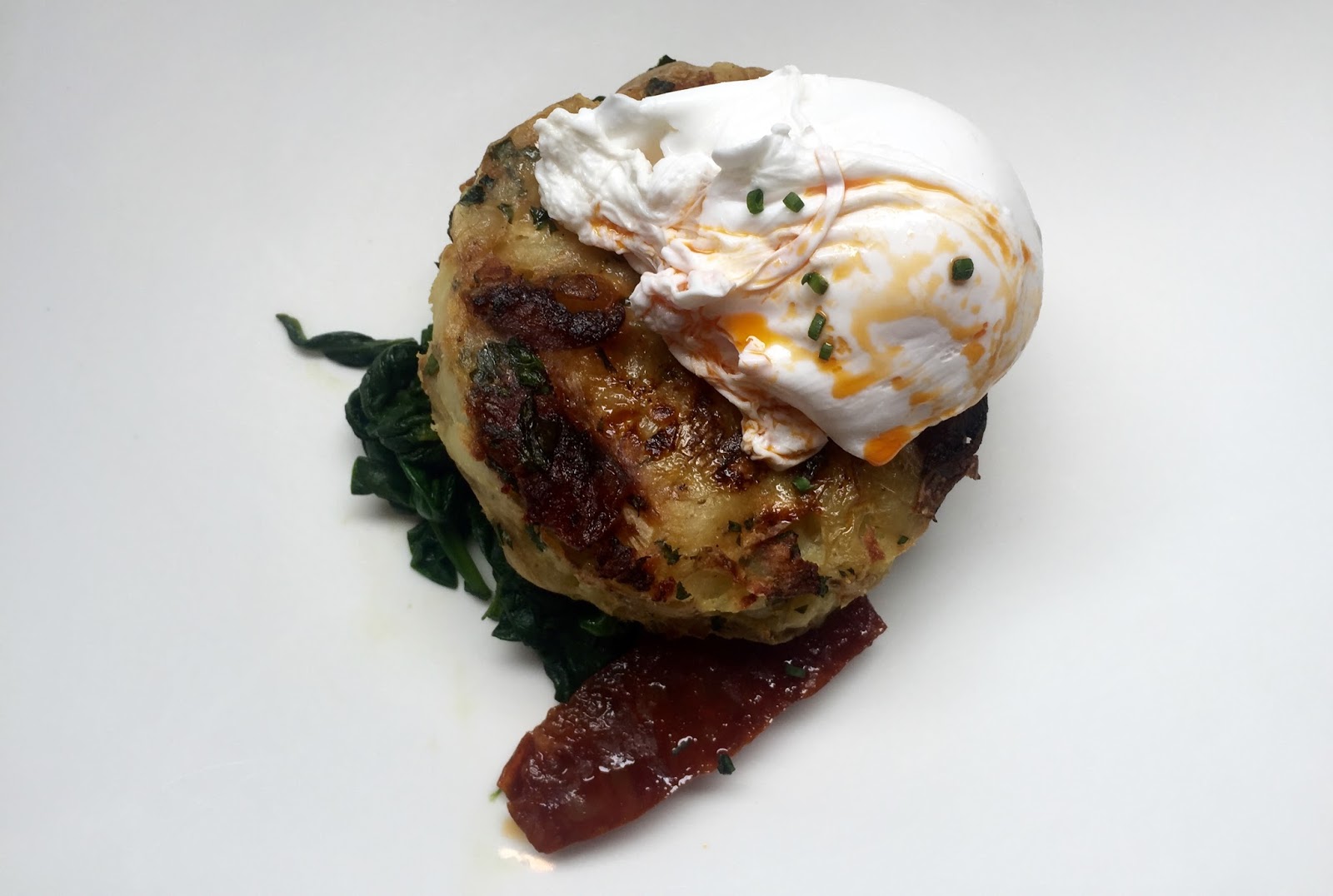 I have to admit, I’m pretty fussy when it comes to eggs; I don’t like them cold, or over done, or if they’re scrambled in a microwave but to me the orange yolked egg topping the potato hash was perfect. Combined with the chorizo, potato and spinach this was my idea of heaven and I genuinely thought the rest of the meal, no matter how much prosecco was flowing, wouldn’t live up to this. 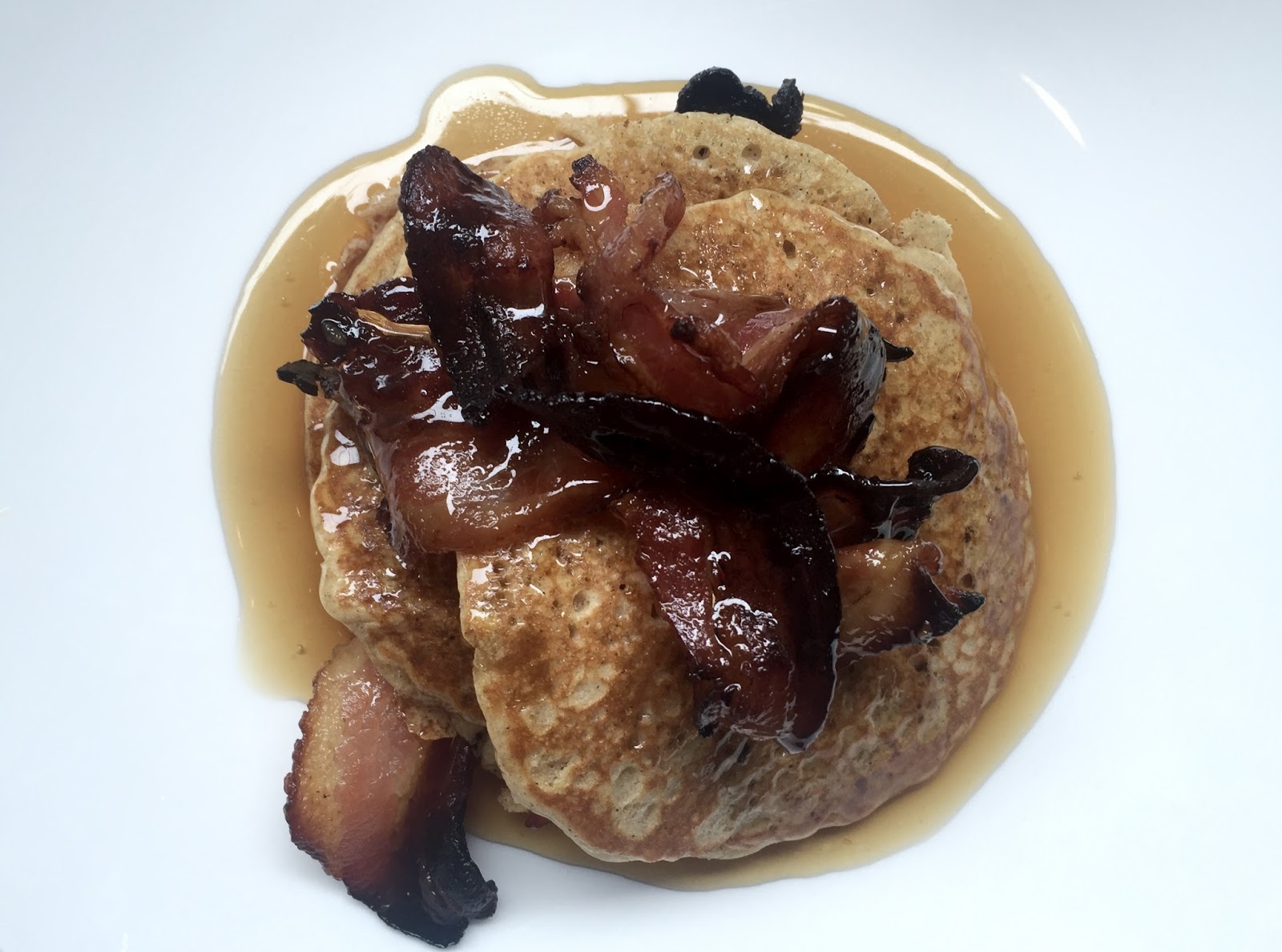 However, when the pancakes topped with bacon and maple syrup to the side arrived I was wrong. They were the perfect follow up to the savoury start, with the salty bacon in contrast to the almost sickly sweet maple syrup and buttermilk pancakes. I have it on good authority that the fruit pancakes were just as good though, if like many people the combination of bacon with anything sweet isn’t up your street. 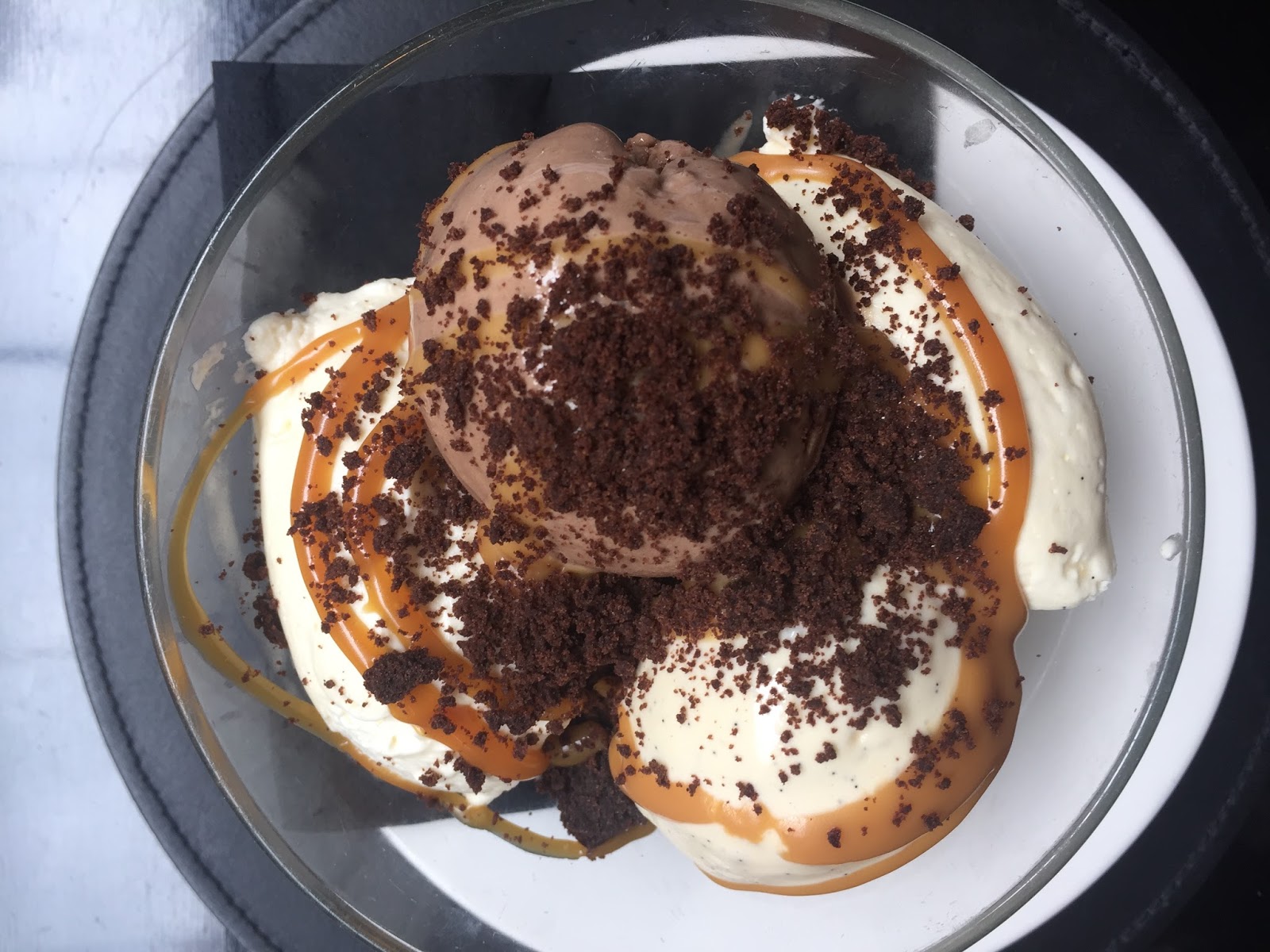 Although we were rather full and toying with the idea of sticking to the two courses we’d already eaten, the lore of a further top up of proseccco and another course for just £2.50 was just too strong. Talking of prosecco, our waiter did a great job of making sure our glasses didn’t hit empty, which was great value and service in my book. I decided on the dark chocolate and vanilla ice cream sundae, which was essentially chocolate brownie topped with vanilla and chocolate ice cream and toffee sauce. Compared with the other two courses, my sundae was almost disappointing. There wasn’t anything wrong with it as such, but compared to my mums homemade brownies, as what should have been the shining star of the dish it just couldn’t compete (although I often find this when ordering brownies, I guess it’s a case of having your home comforts huh?).

Brunch at Avenue offers 3 courses for £26.00 (two courses is at £23.50 which seems almost a redundant option to take in my mind) and unlimited prosecco or bloody mary’s for a further £15.00. While £41.00 for brunch and drinks may seem expensive, I was so stuffed from this I couldn’t face more than splitting a portion of sweet potato fries for dinner later in the evening. I definitely plan on returning in the future, but I feel I would swap out my sundae for cheesecake instead..

Have you been to Avenue before? What did you think?