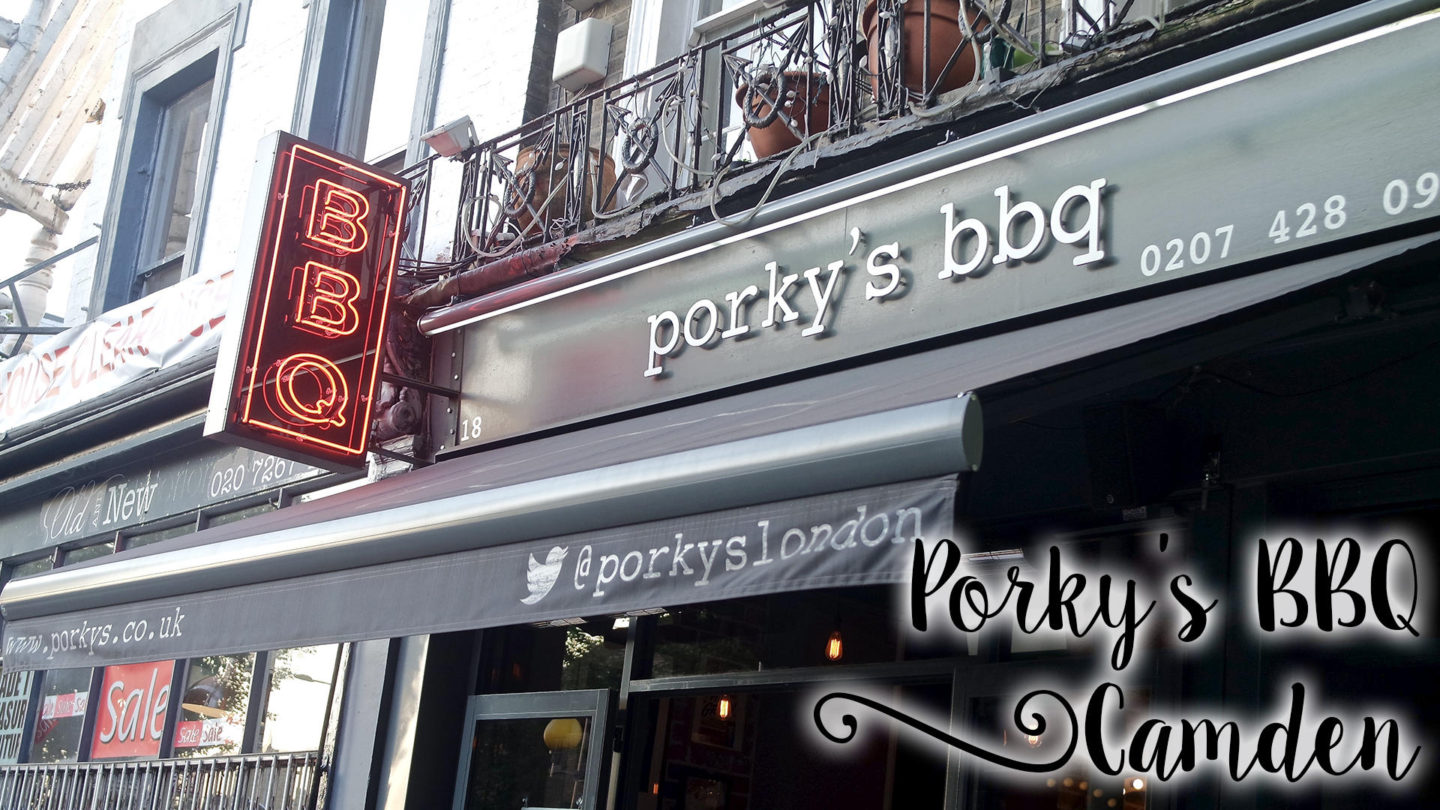 A few years ago, while living in Sheffield a restaurant called Smoke opened in the city centre which ignited my love of BBQ food. While London is home to a whole host of fabulous restaurants, I hadn’t quite found anything like Smoke that could satisfy my cravings for BBQ. So when I wandered past Porky’s in Camden, I knew I’d have to give it a try. After all, in my mind, there isn’t a better way to spend an evening than with good food and good company. (Although, good wine is always a bonus..). So with that in mind, Amber and I headed off to Camden last week to try Porky’s BBQ. 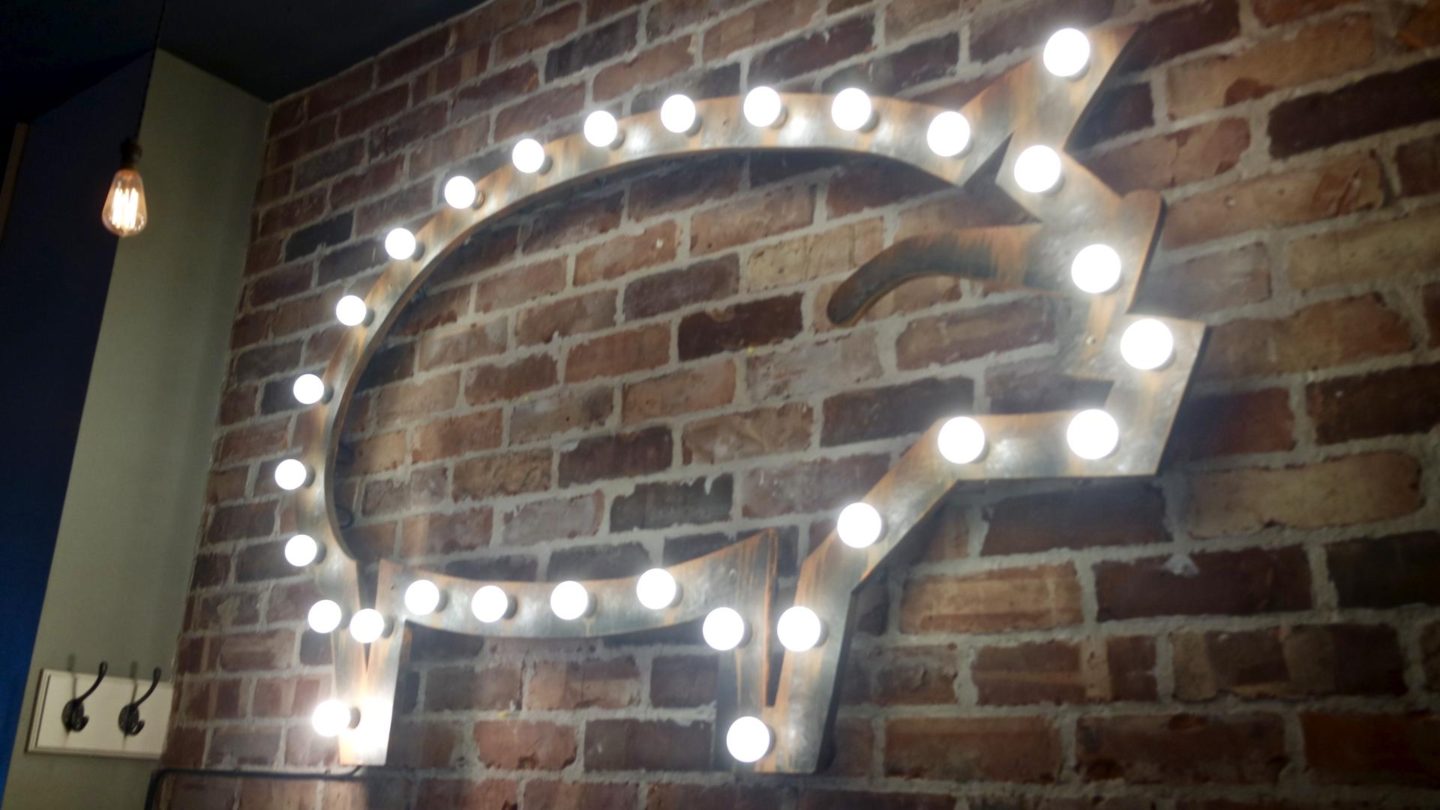 While I waited for Amber to arrive, I found myself browsing the cocktail menu. Due to the Americana associated with BBQ food, many of the names were Memphis-inspired. While I was won over by a punchy combination of tequila, chilli, mint and grapefruit, Amber arrived and ordered an “American Woman” which, no word of a lie, tasted exactly like apple pie. Mine was delicious, don’t get me wrong, but I did get a little cocktail envy trying hers. When I’m next in Camden, you know that I’ll be dropping in for one for sure. 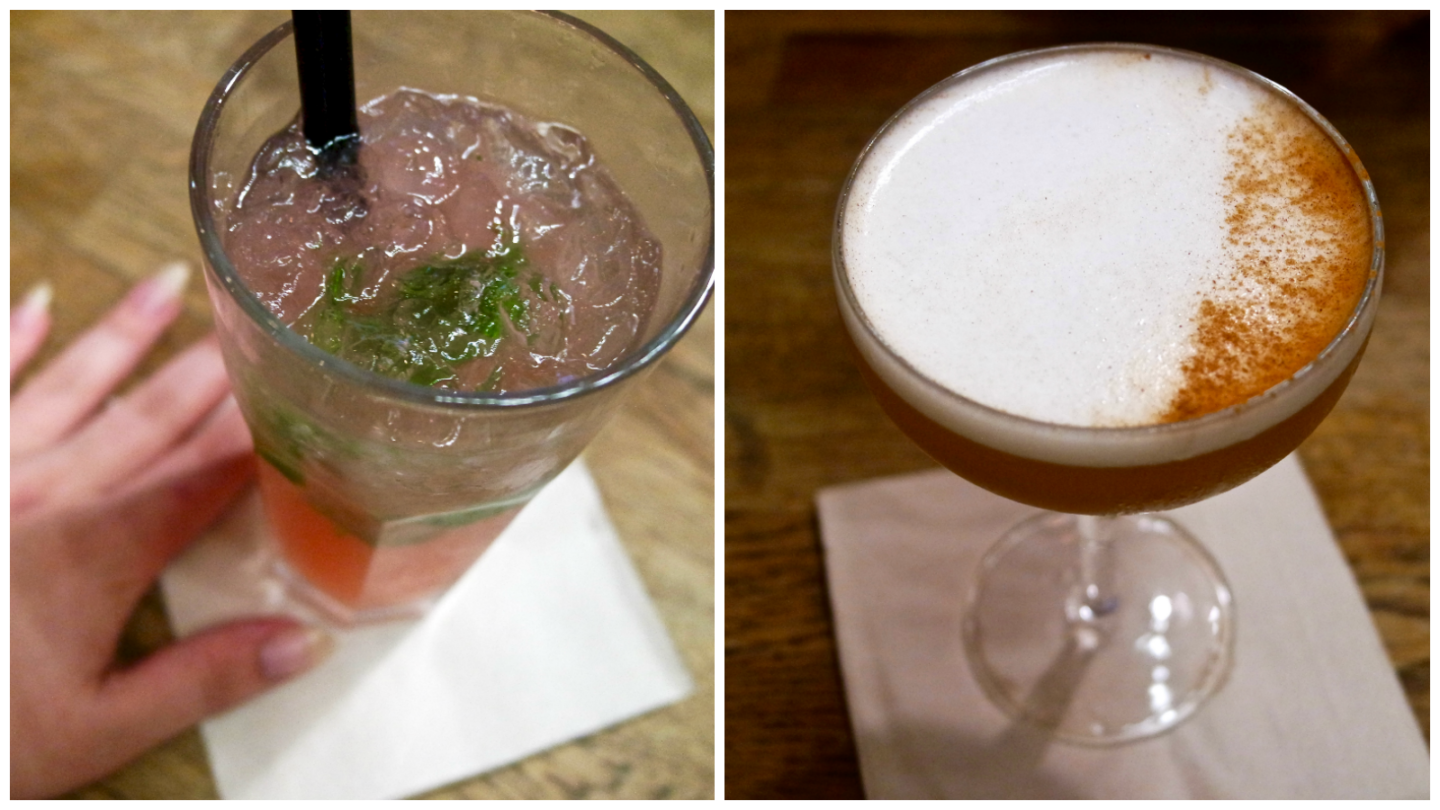 After catching up over our cocktails, we decided we really ought to order food. Although we were both tempted by the wide range of BBQ dishes on offer, we both decided that, well, you can’t go wrong with a good burger. We both opted for the topped 6oz beef brisket burgers. Amber went for the Porky Burger topped with lashings of pulled pork, streaky bacon and cheese. Where as I chose the Chilli Burger, one loaded with beef chilli and cheese. As we both couldn’t pick between fries and sweet potato fries, we decided to split a portion of each. 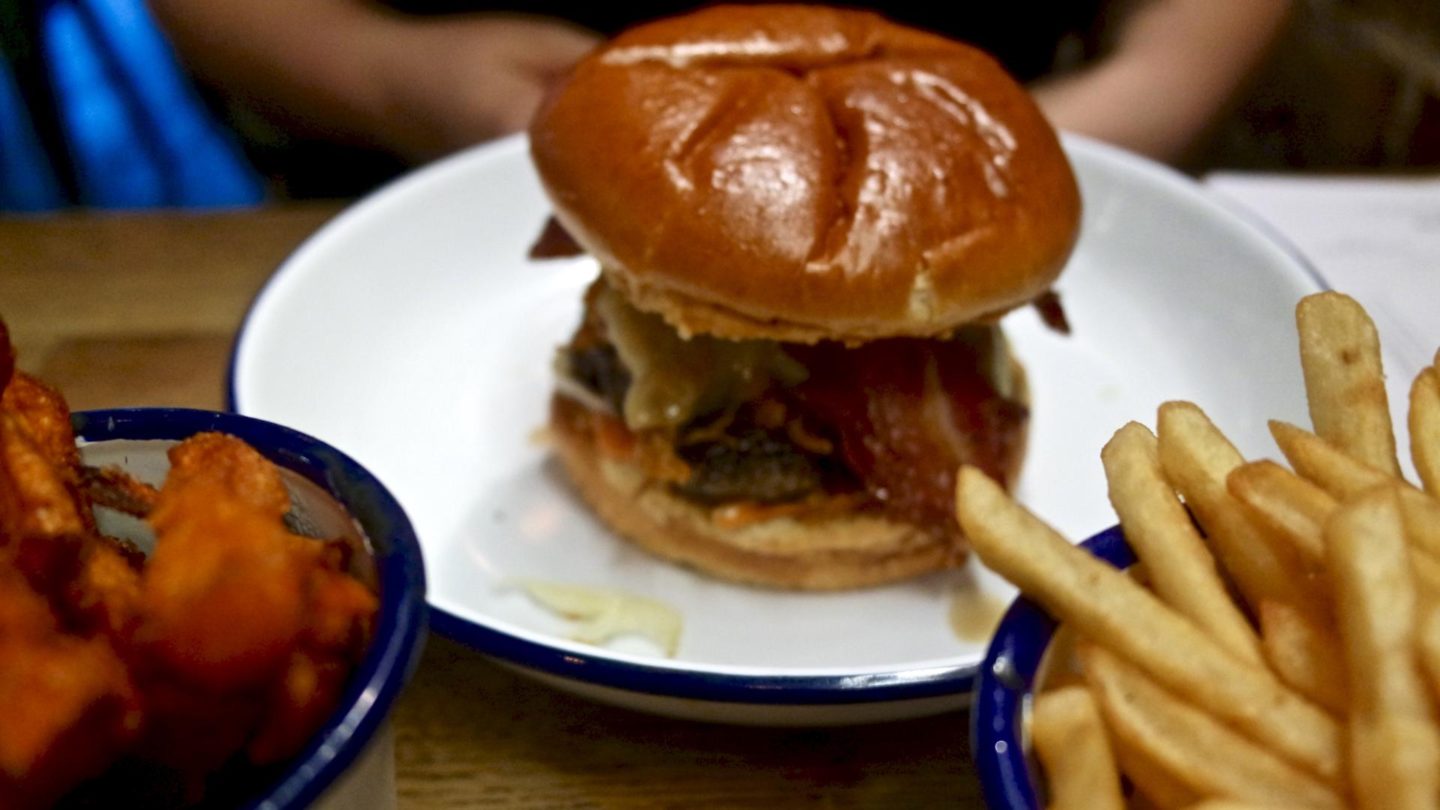 Let me just start by saying, the portions are really generous. We really did have “eyes bigger than our bellies” and struggled to finish our rather epic BBQ feast. Not only were the portions generous, the burgers were too. I had eat mine with a knife and fork for this reason.

While the chilli did add some extra spice, I found myself dipping my chips in their house hot sauce. If you’re a spice fiend like myself, then it’s absolutely gorgeous. The BBQ sauce is also, as you’d expect, super tasty and packed with flavour. I always used to pick the chilli burger at Smoke and while I think it will always be my favourite, I have certainly found one a little more local that hits the spot. 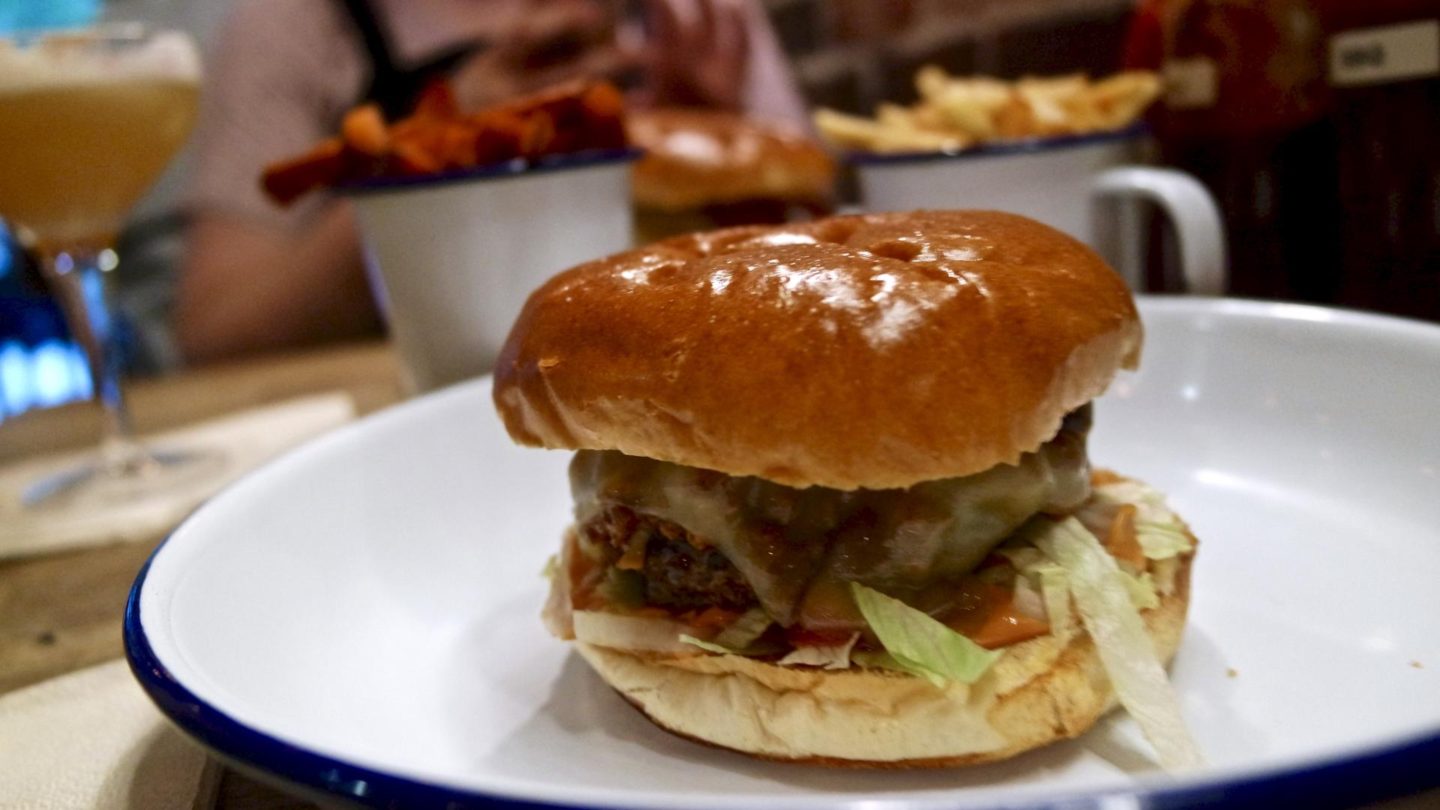 Where to find Porky’s

Porky’s BBQ Camden is at 18 Chalk Farm Road, NW1 8AG. If you’re not familiar with the area, fear not, it’s only a short walk away from the famous Stables Market. Porky’s currently has five London locations. So if Camden isn’t convenient for you, there are branches in Chelsea, Crouch End, Bankside and Shorditch’s Box Park. A chilli burger and fries will set you back around £11, or slightly more if you choose to upgrade to sweet potato fries. 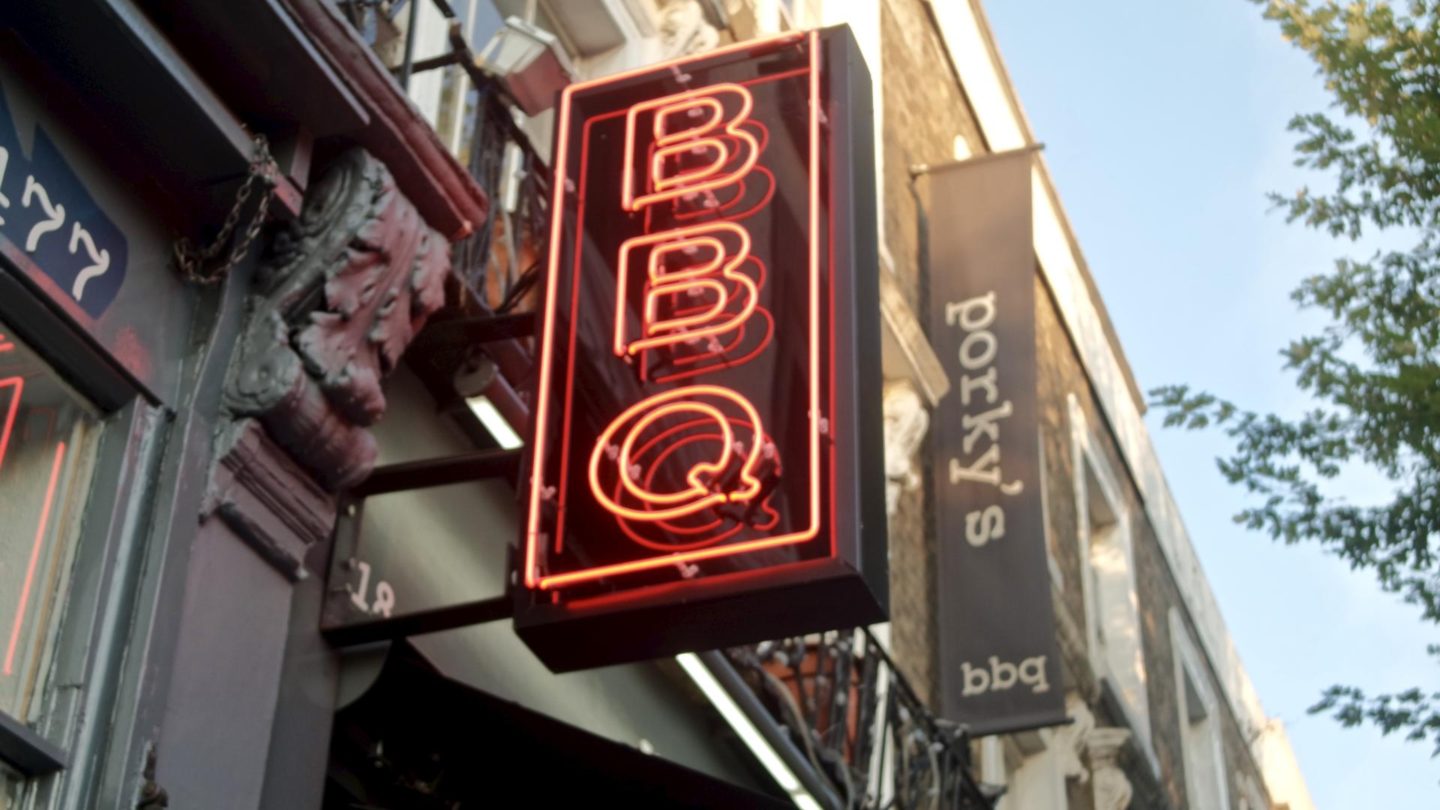 Have you been to any of Porky’s branches before? If not, where do you like to get your BBQ fix?