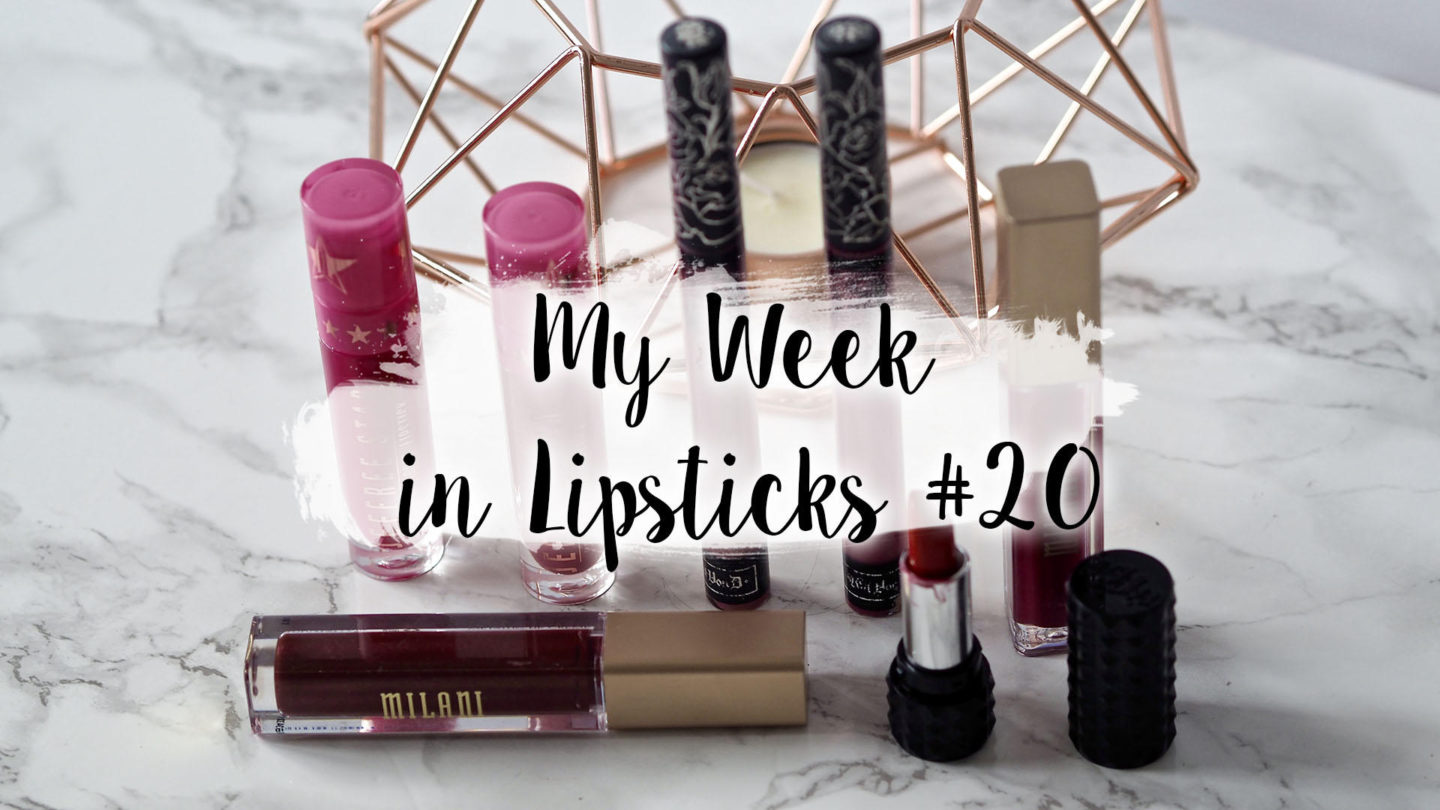 How on earth has it been twenty weeks that I’ve written my week in lipsticks for?! How time flies eh?

Anyhow, this weekend has been another busy one with two events, seeing friends and pizza. Lots of pizza. It’s also looking like due to having such a jam packed week I should be back on track to post four times this week.. Woohoo! 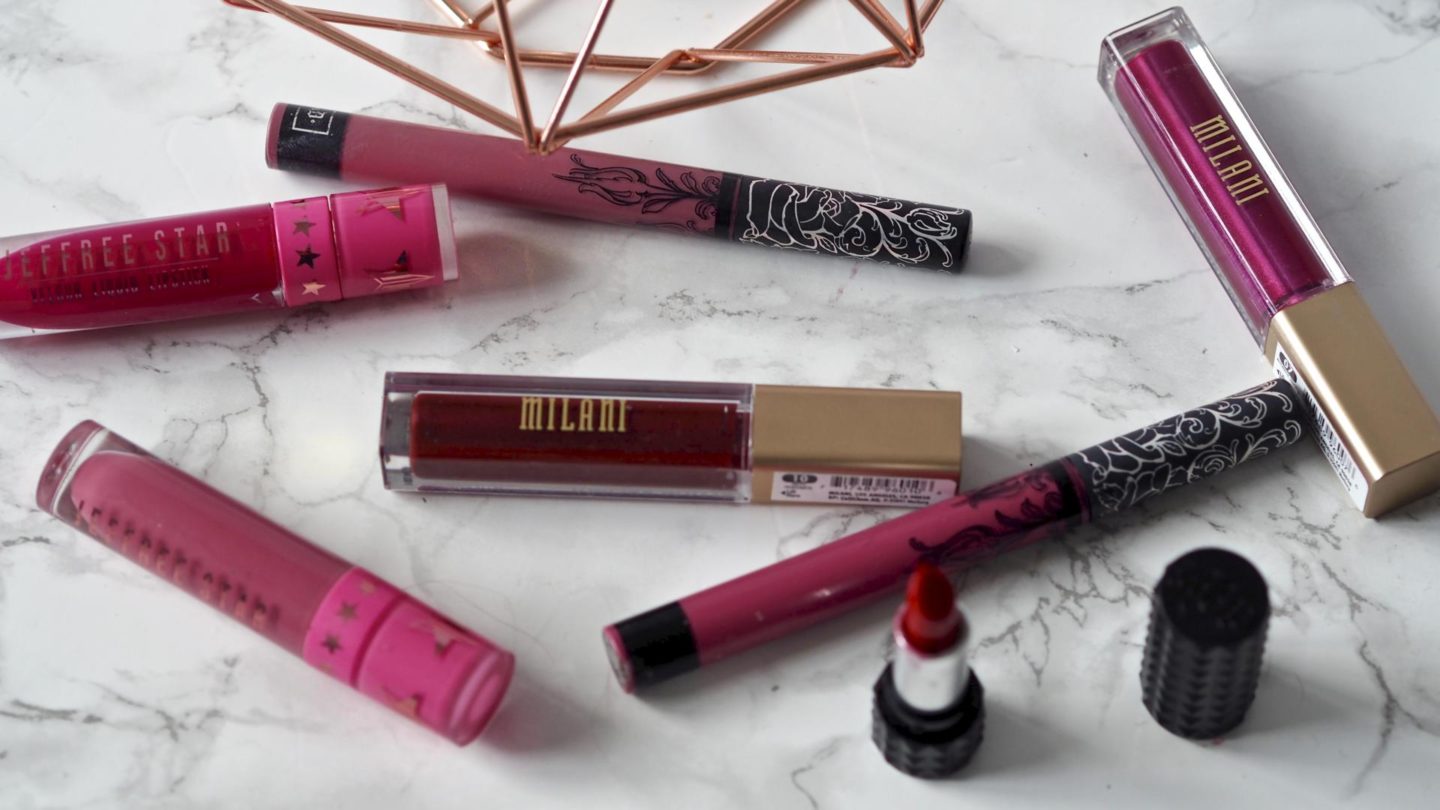 Sunday – Milani Amore Mattallics Lip Cream in Pretty Problem. As last Sunday was spent celebrating my mum’s birthday, this one was celebrating my dad’s which fell earlier in the week. We’d originally made plans to go to my dad’s favourite restaurant in Covent Garden, but sadly other things got in the way so we changed plan to go to his favourite local restaurant instead. Which was closed for renovations. So we ended up in Nandos. At least he enjoyed it I guess? I wore one of my new Milani lipsticks I picked up on my Just My Look haul last week. A full post on said haul should be up tomorrow!

Monday – Kat Von D Everlasting Liquid Lipstick in Lovesick. The first day in the new office, and as always with moving, there were teething problems. Namely the fact that the internet didn’t work for the first half of the day. So, we did what anyone would do and spent the morning unpacking and playing “heads up” as a team. I wanted something which would have a decent amount of lasting power so I picked this cute light pink from Kat Von D’s Everlasting Lipstick range.

Tuesday – Milani Amore Mattallics Lip Cream in Automattic Touch. Tuesday was my favourite day of the month, pay day. And it was a bit of a busy one too. Between the end of the month rush, going for a team lunch at Nandos and an event in the evening – well I barely had a moment to stop! The evening was spent with some lovely bloggers at Generators London hostel making pancakes, cocktails and playing games. I wouldn’t normally consider, never-mind book, a hostel but Generator really changed my perception. A full post on the day should be up in the next week or so, but in the meantime, I’m already considering booking a trip to their Amsterdam branch..

Wednesday – Jeffree Star Velour Liquid Lipstick in Doll Parts. After a late night at Generator, I was really glad I had booked a half day at work. I spend the morning taking photos, organising my diary and of course getting my nails done. All before heading into work for the afternoon. This cute pinky nude was the perfect colour for a fairly laid back start to the month.

Thursday – Kat Von D Studded Kiss Lipstick in Underage Red. While Thursday was a fairly normally day, the evening was not. The night was spent at the gorgeous Lanesborough hotel near Hyde Park at the launch of Latest In Beauty’s limited edition Beauty & The Beast boxes. With a Beast box for the gents and a Belle box for the ladies; I’ll be giving you guys a more in depth look at them this week! Since Beauty and the Beast revolves around the gorgeous red rose, I thought this true red was the perfect thing to wear.

Friday – Kat Von D Everlasting Liquid Lipstick in Mother. TGIF! To celebrate the office move we’d had an official “beer o’clock” followed by heading to the local pub. What can I say, I wanted a lipstick that would last few a glass of wine or five..

Saturday – Jeffree Star Velour Liquid Lipstick in Masochist. Saturday was, yet another busy day. I headed off to meet Leah at CitizenM, Tower Bridge. We spent the day gossiping over prosecco and taking photos. All before heading to The Folley for dinner. An awesome way to spend a day! 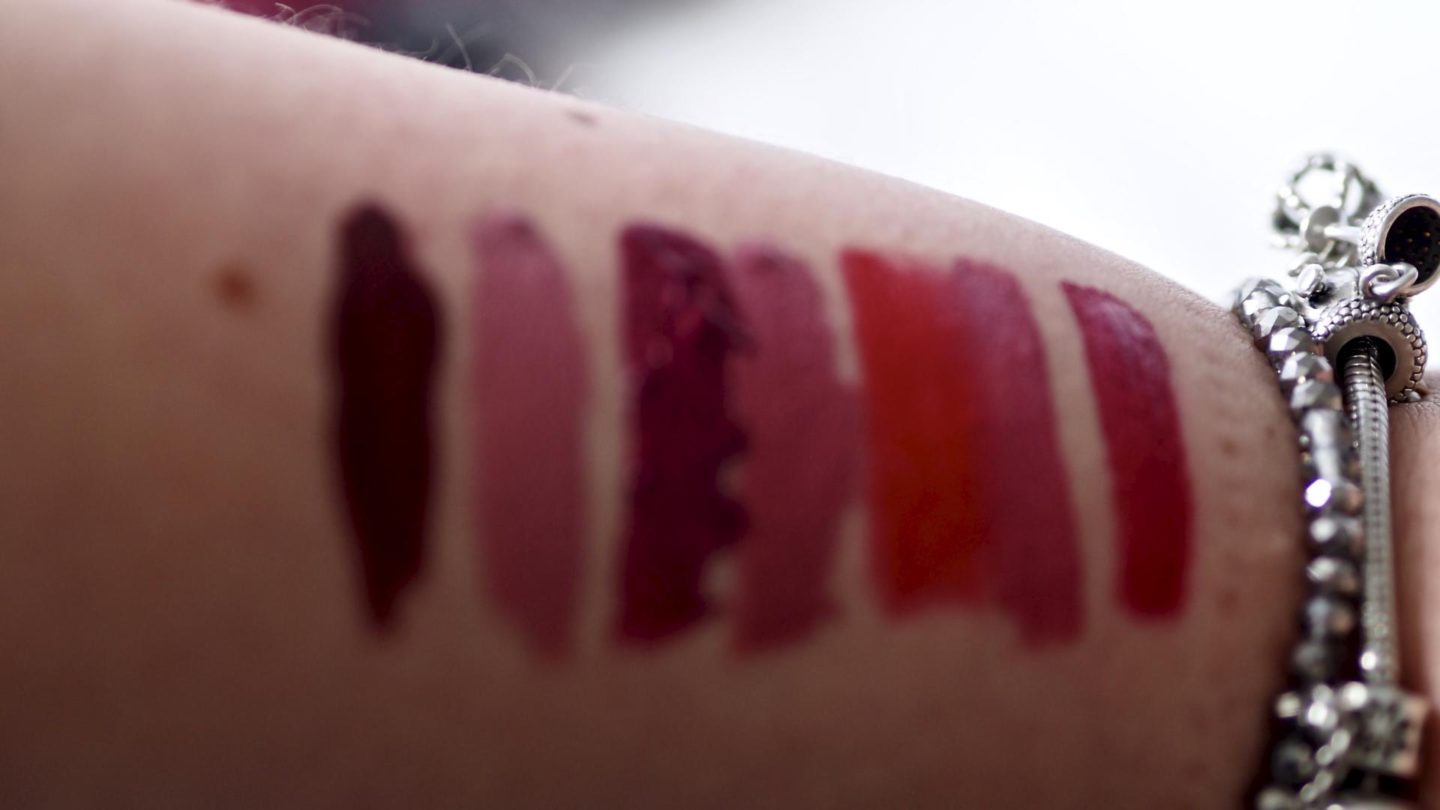 This week has been full of bold colours, metallic and pinks, some of my favourite types to wear!

I’ve noticed that a few have been pretty similar in colour, so would anyone be interested in a post comparing some of my similar shades?