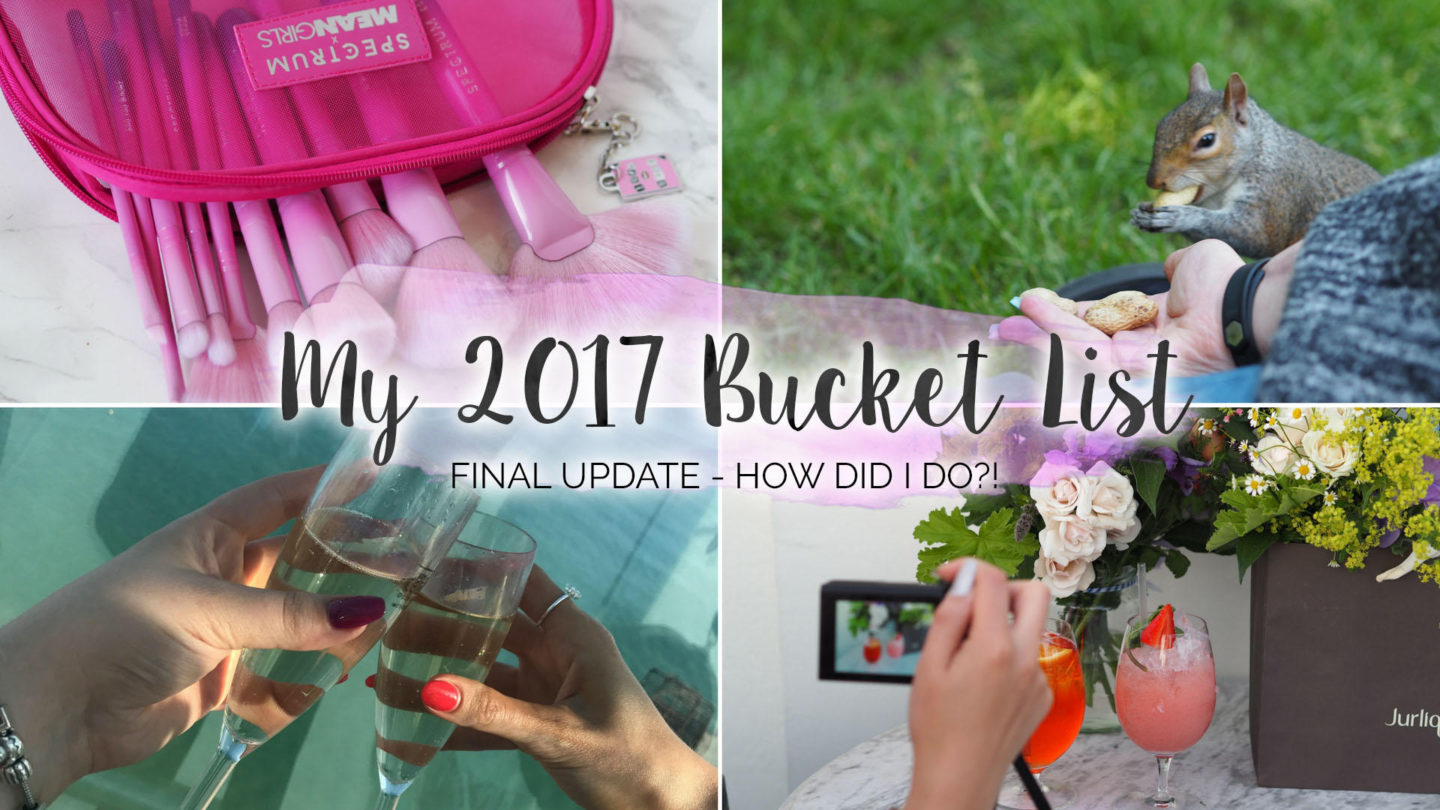 Back at the beginning of 2017, I decided to share my bucket list for the coming year online. The main reason being, in previous years I’ve written them in a notebook and either lost or filled that notebook and could not for the life of me remember what they were. That, or I’d had them on my phone and coming to the end of the year been like “not gonna happen but no one knows them, doesn’t matter”. So I thought I’d post them on my blog so that I’d feel a little more accountable. That, and I’m nosey and enjoy reading these kinds of posts.

In total, I missed off a third of my list. I could be disappointed with that but with some being just visiting places in London that it slipped my mind to do – well, I’m not going to beat myself up over that!