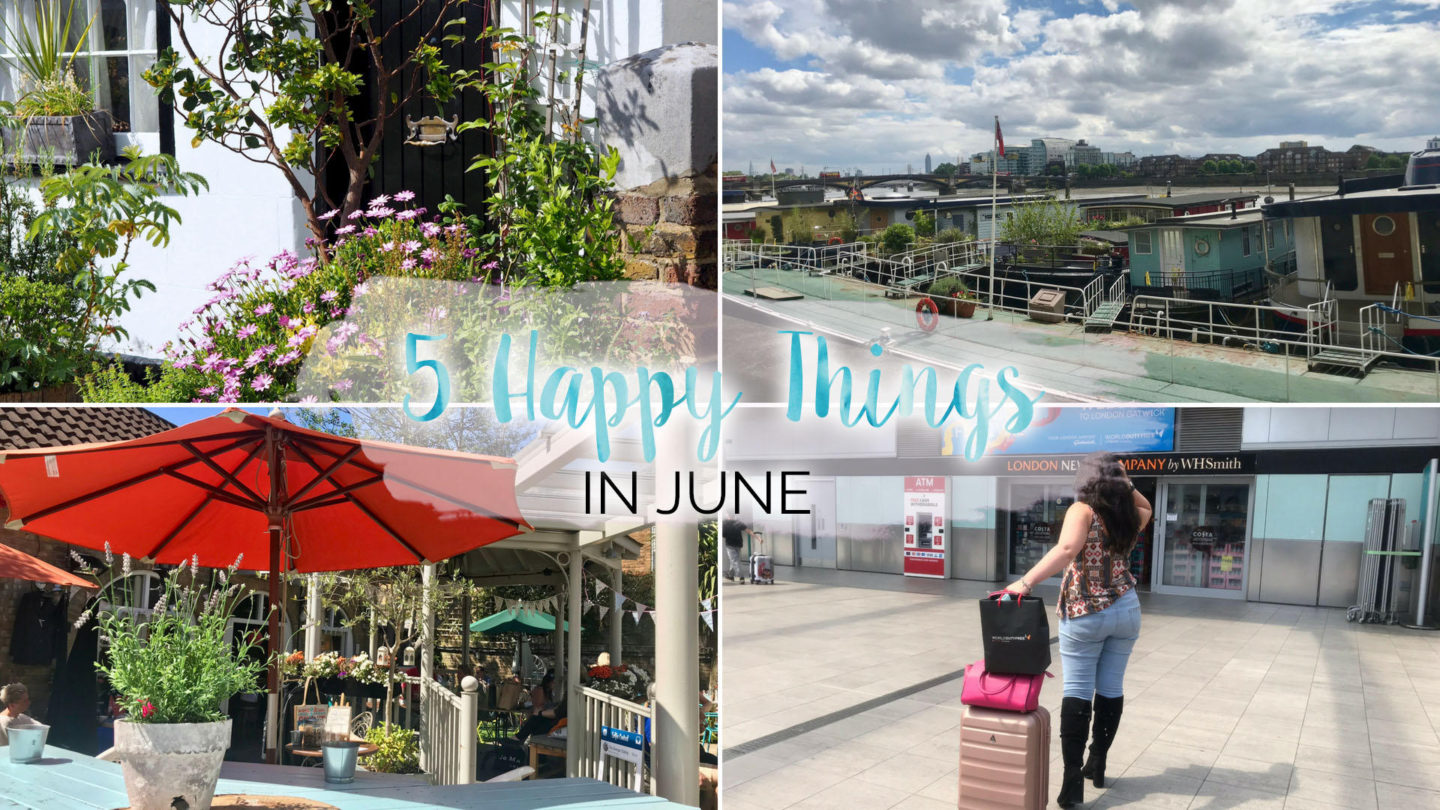 Okay, so I hate starting posts that are all about happy things with some reasoning as to why it was late being posted. Because, well, I write this series for my own enjoyment and sense of reflection as well as to share a little snippet of what I’ve been up to. But, on that note, I do have a very valid excuse as to why I haven’t posted on here for just over two and a half weeks. (Edit: I put my Bill’s Review up before this. Technically I started this post first though!). So, that time I’d had a lot of trouble logging into my site and in fact, at one point I couldn’t log in at all. Turns out at some point some absolute d*ckhead of a person had hacked my site and deleted a lot of files and information. Thankfully, I managed to restore it, but it was a long process and to be honest, it put me off writing for a little while.

But, I’m back, I hopefully have my blogging mojo back with a vengeance so let’s kick off with a very delayed 5 Happy Things from June! 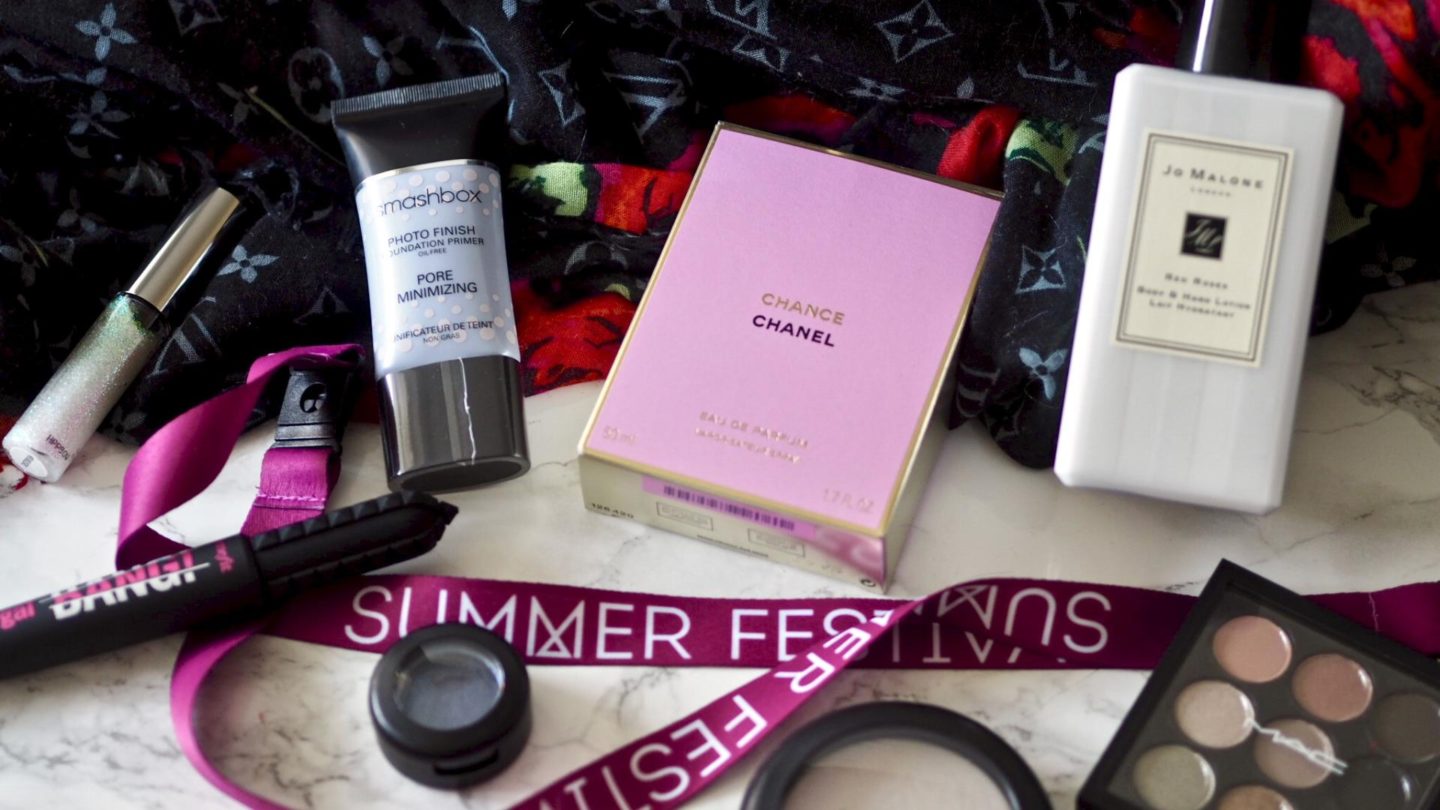 An Evening At Gatwick with World Duty Free

I know, I know, I’ve got a whole post on this that I published last month. But, never the less I wanted to mention it again. I mean, since writing a review on my stay at Bloc in South Terminal is on my to do list, I thought why not mention a little more about the night in the meantime. I honestly can not tell you just how much of a fantastic evening it was. Great company, being absolutely spoiled by World Duty Free and spending the night away from my normal routine. 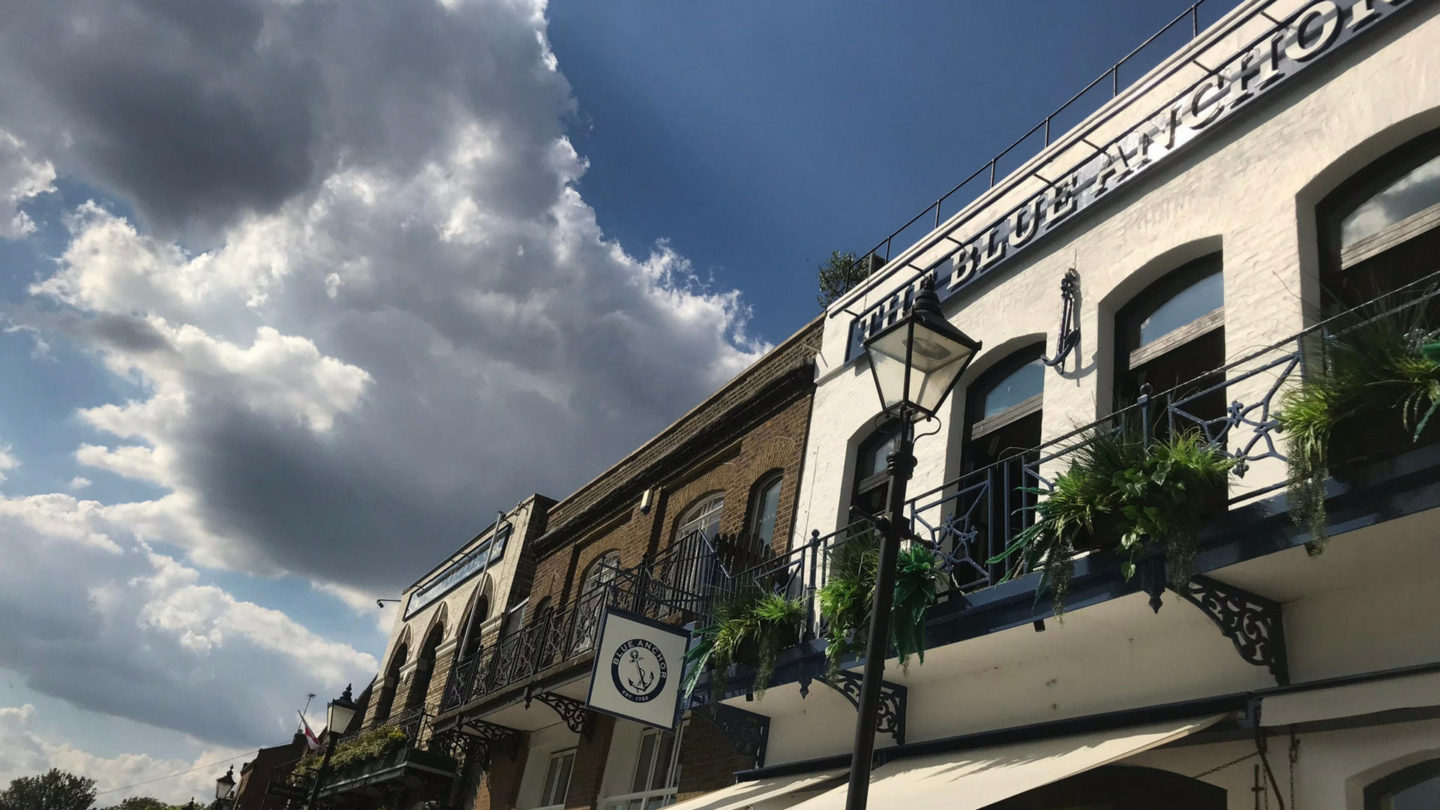 Walks Along The River In Hammersmith

I’ve probably mentioned it a million and one times on here, but I think I’m happiest at the waterside. So when I needed to relax before what was looking to be a stressful week at work I spent most of Sunday down by the riverside at Hammersmith. While I didn’t quite do my favourite walk from Hammersmith to Chiswick. (In fact, I did the first half while sitting and nursing a pint in a pub or two…) I got some fresh air, enjoyed the sunshine and most importantly cleared my head. Which, is sometimes just what you need to finish off a weekend.

So back in June, Season 2 of Queer Eye landed on Netflix. With that in mind, Stu, George and I decided to have a night in binge-watching with pizza and drinks. After enjoying the first season so much, I’m glad the second lived up to the very high expectations I had. If you’ve not already watched it, I really do recommend it. It’s just a great, heartwarming show. I’ve laughed at moments and I’ve cried at others. Here’s hoping there’s going to be a Season 3 sooner rather than later! 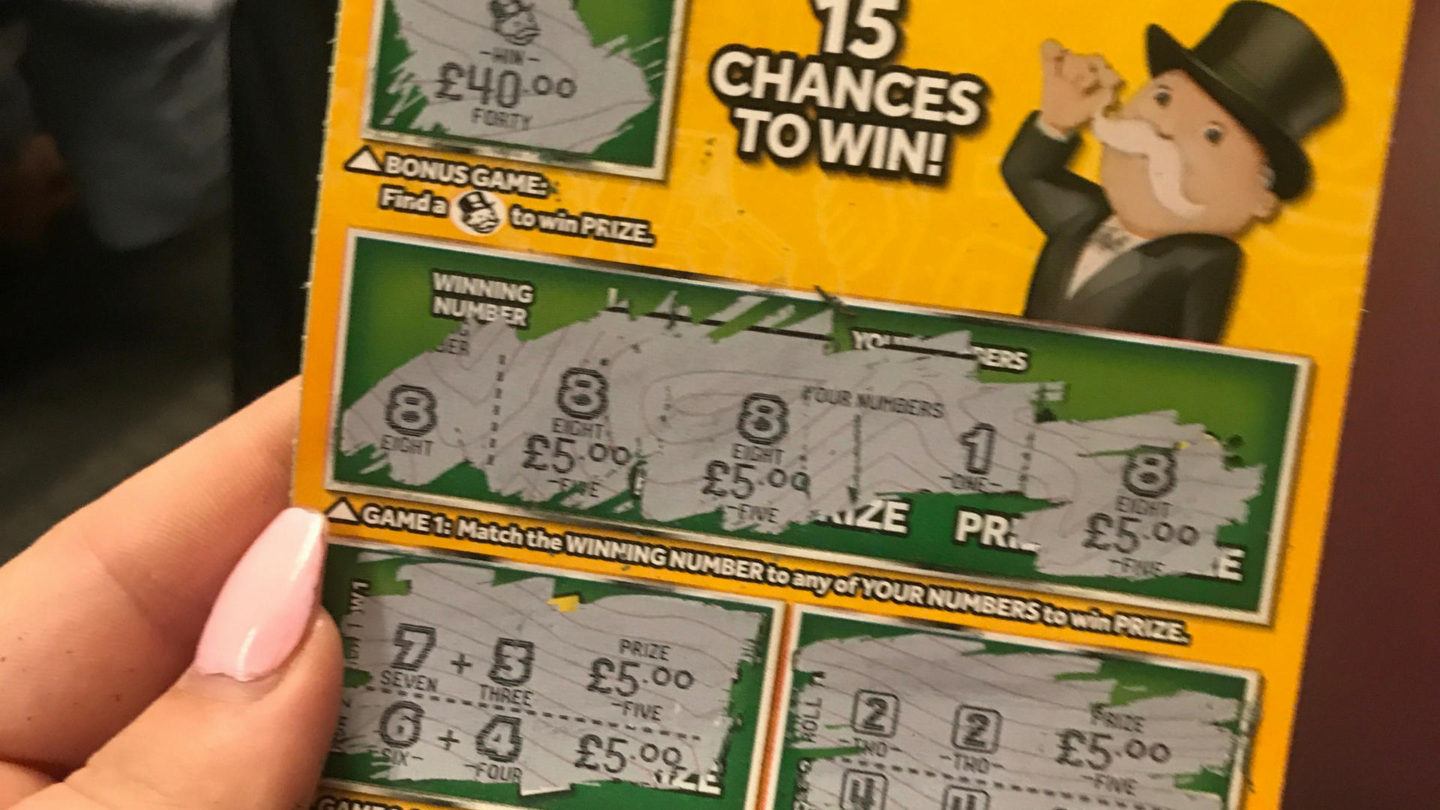 Winning £100 On A Scratch Card

Financially, I like to think I’m quite sensible. That was until June came around and I thought it would be a great idea to pay more off my credit card than I could really afford to. *Insert Homer Simpson “D’oh!” video here*. So, on the way home one day I decided to pick myself up a bar of chocolate and was like, “stuff it, I’ll get a scratch card too!”. What a good choice that was, aye? I couldn’t quite believe my luck when I saw the first box saying I’d won £40. Nevermind when the other boxes revealed a further £60. Life just has a funny way of working out sometimes… 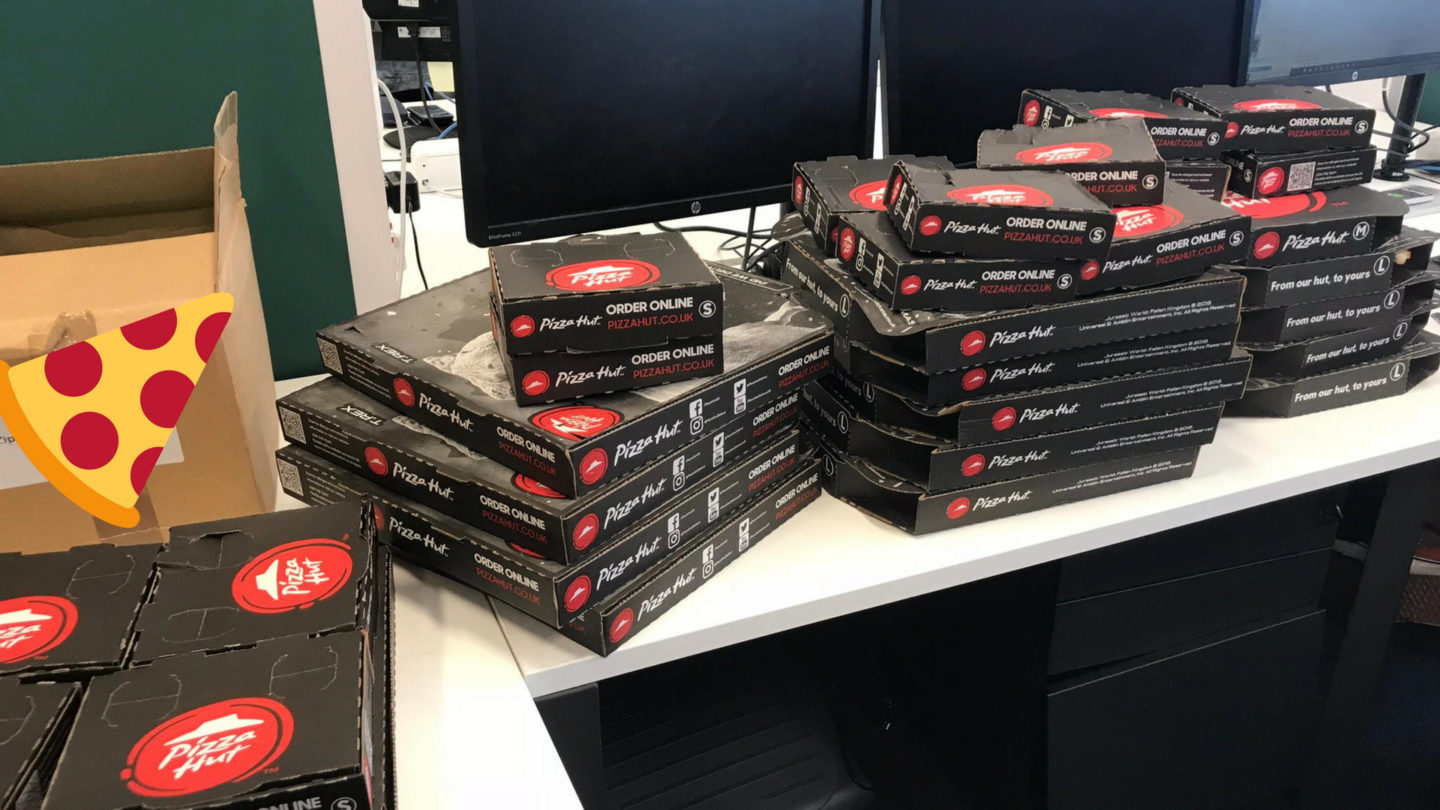 A Pizza Party In The Park At Work

The second happy thing that mentions pizza? Well, what can I say, I do love me some pizza! In fact, I don’t think I’ve ever met anyone who doesn’t. So, when to boost morale in the office they ordered in a stupid amount of pizza, set it up in the park and invited us all to pig out. To add to the pizza there was also garlic bread, wedges and ice cream. So, needless to say, I felt like the rest of my workday lunches that week needed to be a little less rich and carby. Totally worth it though!