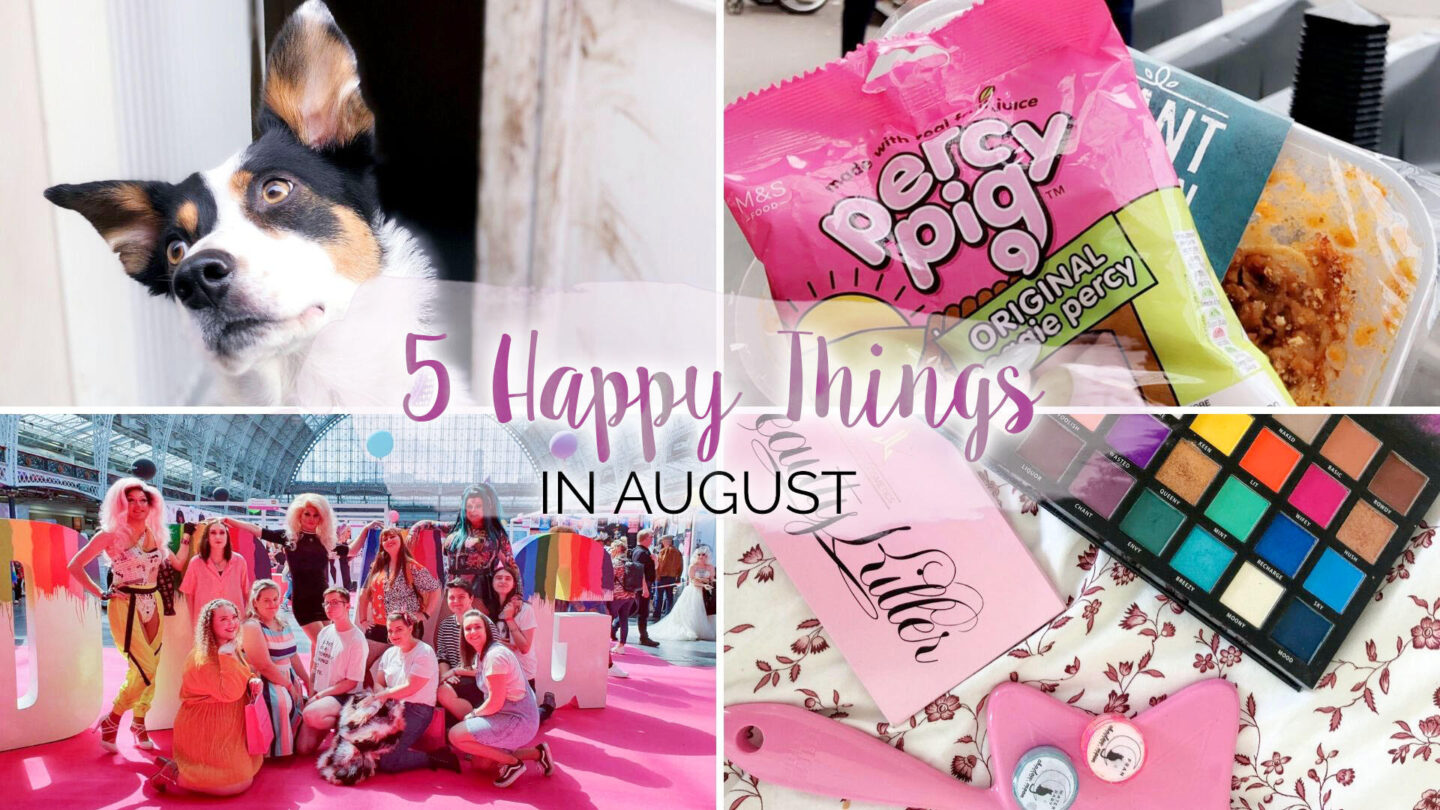 As I mentioned on the related “Little Things in Life” from August, it was one of my favourite months from 2019. So in this 5 Happy Things post, I can go into a little more detail about some of my main highlights. (You could probably guess what some of them were due to them getting multiple bullet points, but there you go!) So before I make this intro super long, let’s dive right into five things that made my August awesome. 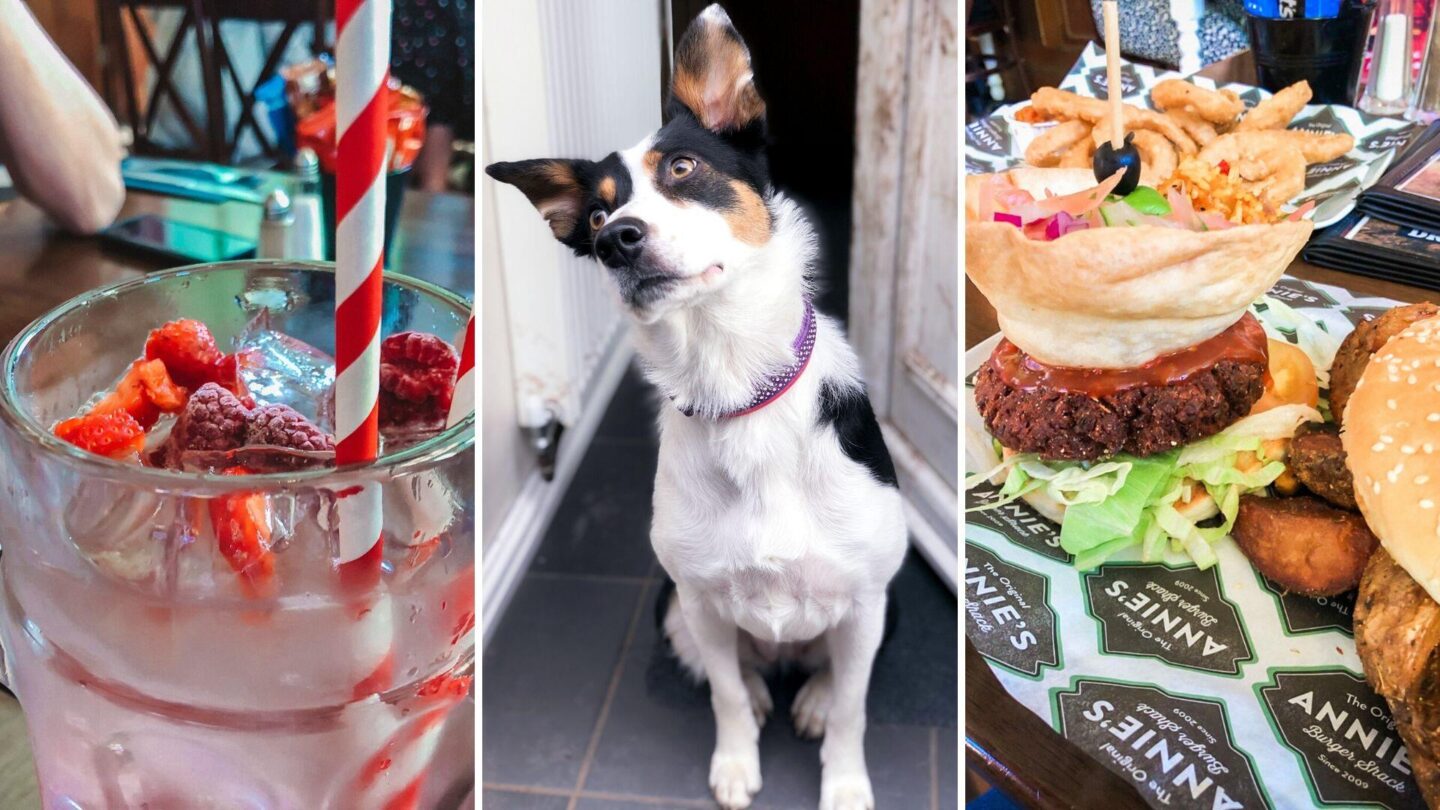 A Weekend In Derby With Becky

Back in July my sister from another mister Becky and her partner got the most gorgeous puppy Hollie. And, in August, I finally made my way up to Derby and got to meet her. (& see Becky, but you know, priorities…) We started the evening with a trip to Annie’s Burger Shack. Here we ordered cocktail pitchers alongside far too much food. (Seriously. The portion sizes were unreal.) Annie’s offers a range of burgers, all of which are available in vegan, veggie or meaty. I had a veggie burger called “The Gringo”, a Mexican inspired burger with a filled tortilla basket on top. It was so good and really reasonably priced too. With full tummies, we all headed back to drink some rather bootleg-ly done espresso martinis, watch trashy tv and put the worlds to right into the wee hours of the morning. Perfection! 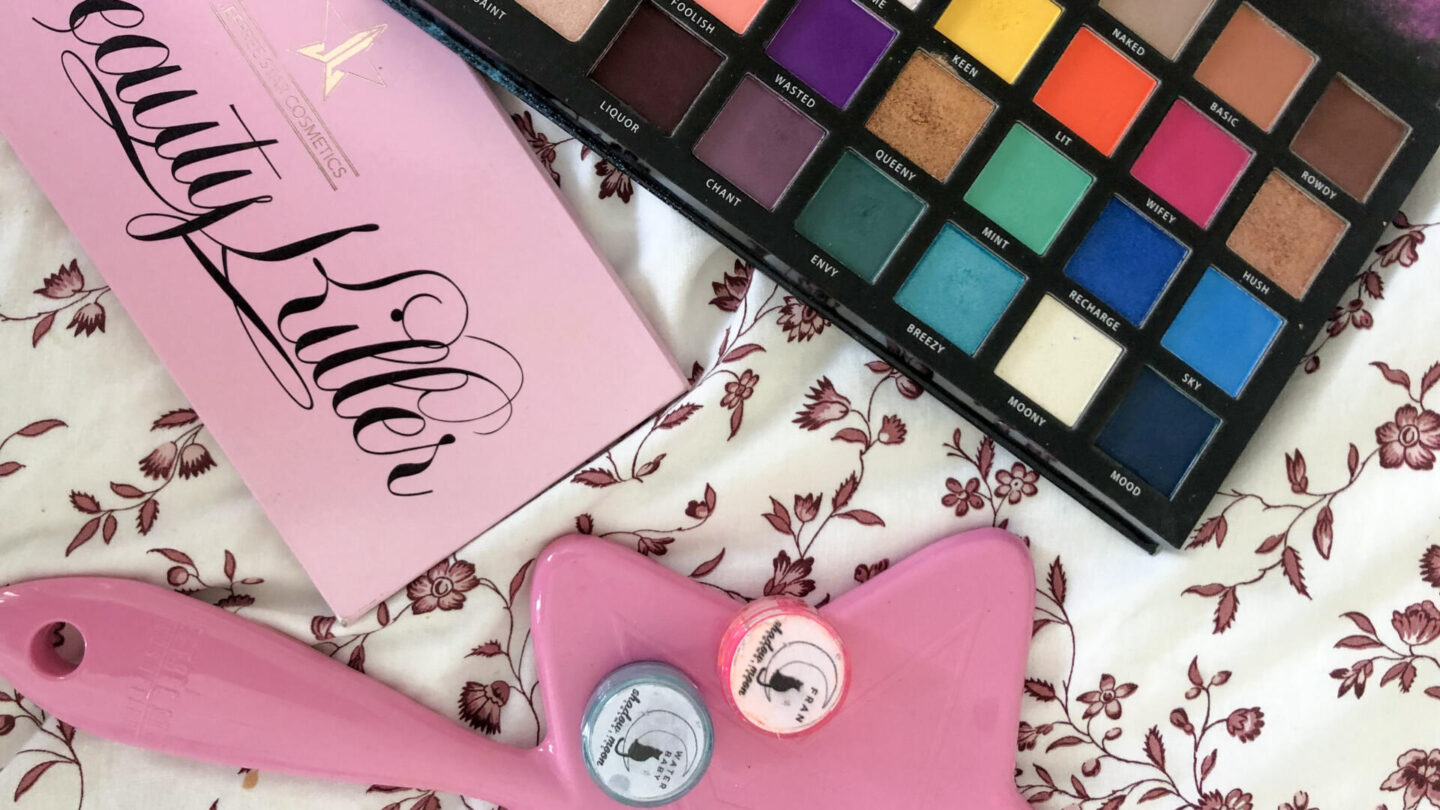 I Had A Pigment Named After Me!

As I mentioned back in June’s 5 Happy Things, my very talented friend Cheryl launched her pigment company Shadow Moon Cosmetics, I also mentioned that she’s since expanded the collection pretty rapidly. And, in August she launched her neon bundle. Each of the five pigments she named after someone and she chose to name the neon pink after me! How flipping cute is that?!

As a teenager, The Mighty Boosh was one of my favourite tv shows. Some of my happiest memories include going round to my friend’s house after school on a Friday, getting lots of snacks and a take out (and in some cases, when our parents let us, a few alcopops…) and spending the night watching movies and tv shows and playing video games. One TV show we used to watch over and over and quote no end was The Mighty Boosh. We used to quote it no end and all secretly wanted to be a little bit more like Vince Noir. So, when I saw it was on Netflix I decided to watch and see if it was as good as I remember. And oh my gosh, it was. I still quoted and crimped along and was reminded just how much the chaotic humour of the show shaped my sense of humour even now! 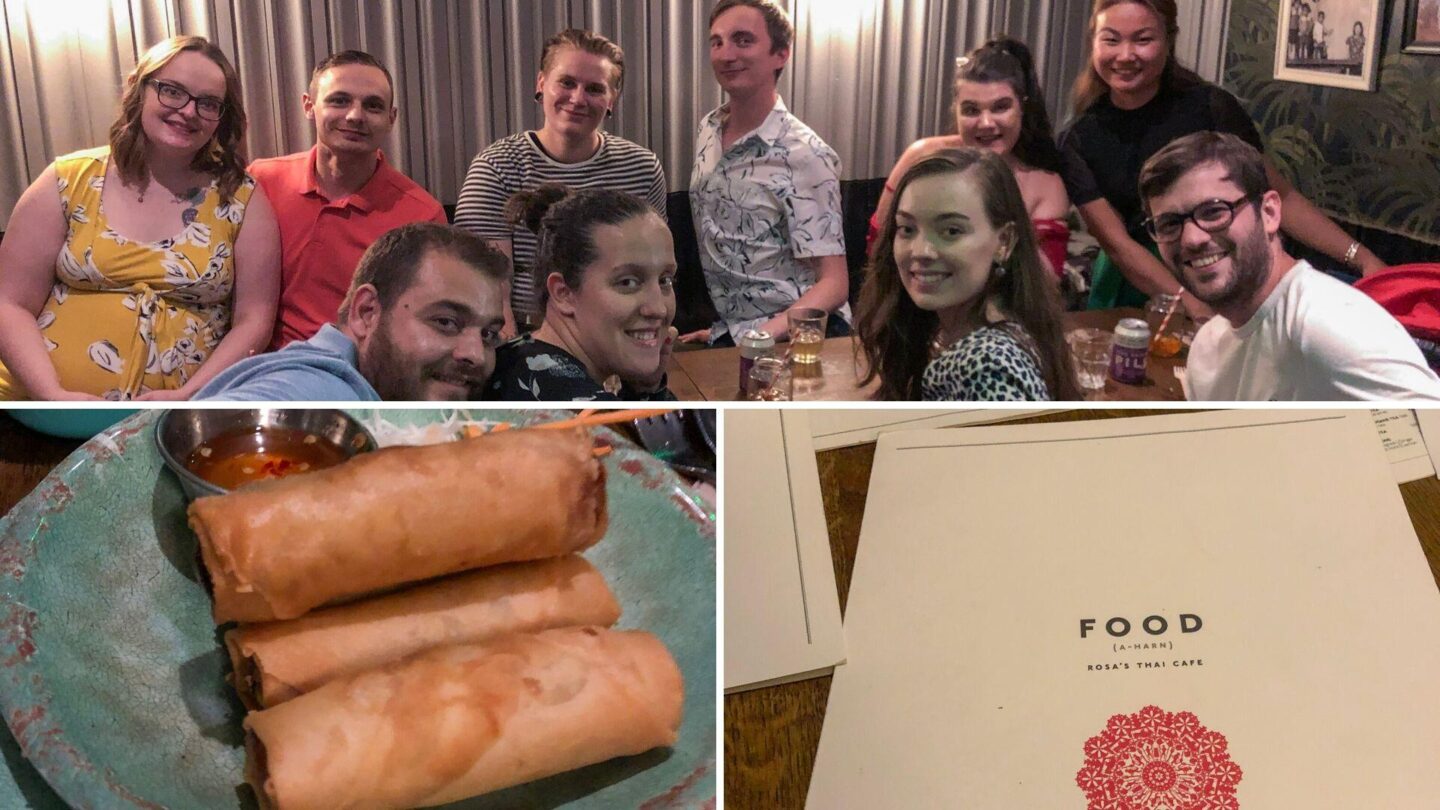 I’m sure I’ve mentioned before, but my old team at work were like a proper little dysfunctional family. (I’m sure I’ll give more on why they’re my “old team” in a future post, I’m sure, but for now, we’re throwing back to August…). And August was the start of us disbanding as Christina was going on her maternity leave. To celebrate, the whole team and a few of the team’s partners went out for a meal at Rosa’s Thai Cafe. I adore Thai food, so for me, it was quite close to a perfect evening, Good food, good company and great conversation. Although, it doesn’t make up for how much I’ve missed having Christina round the office… 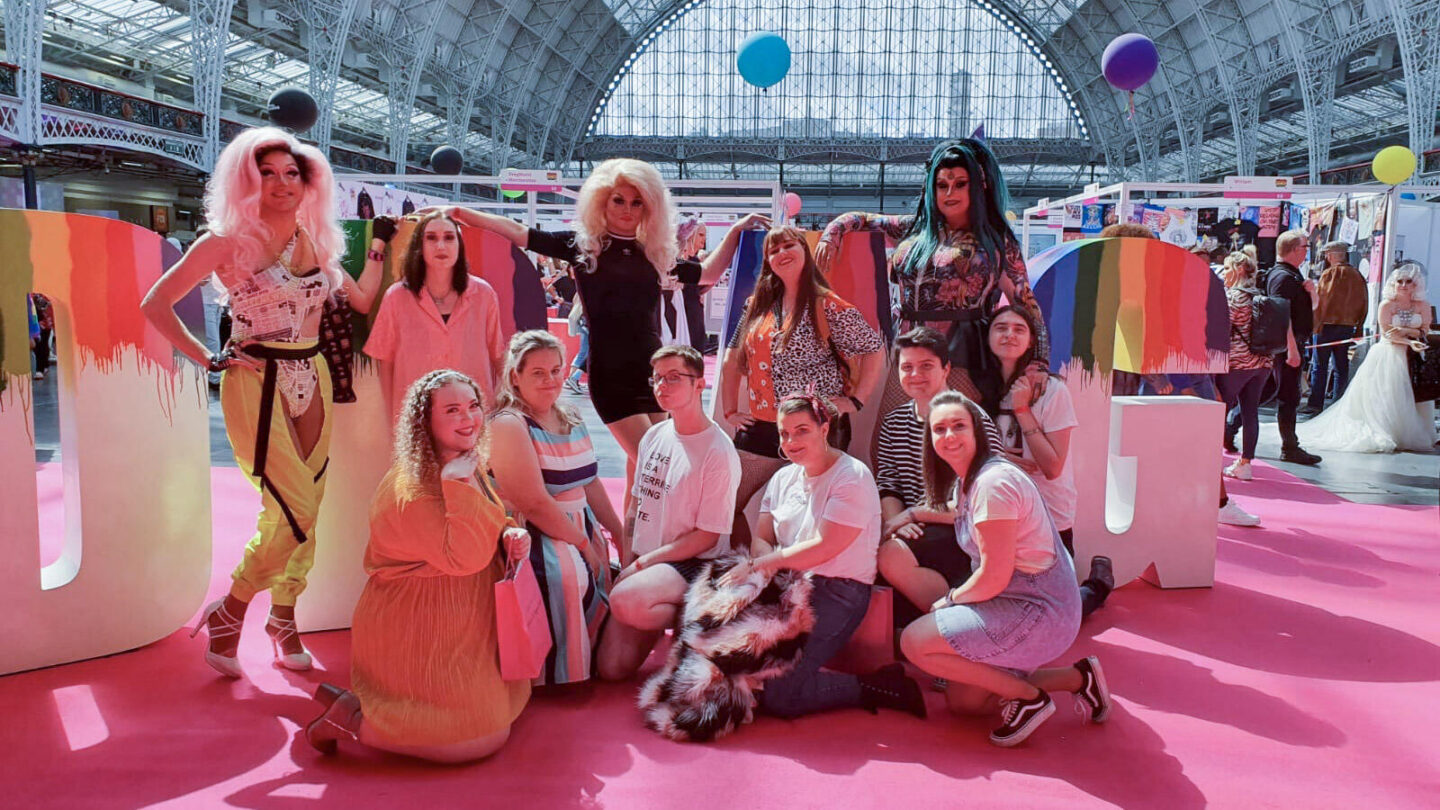 Where do I even begin to start with Drag World weekend? Well, probably the best be the first evening of it. I managed to score a free ticket to The Drag Ball at Clapham Grand on the day beforehand. Here I met some of the friends I’d been talking to online in the months prior, had an absolute blast and see Phi Phi O’Hara, Shea Coulee, Jinkx Monsoon, Ginger Minj and Biblegirl perform. What a winner. (Especially Phi Phi O’Hara’s Bellatrix Lestrange number. My inner Harry Potter nerd was beyond happy!). Then Saturday was time for the main event, Drag World at the Olympia. I met back up with friends from the night (along with a few others) before and we spend the next two days watching performances, meeting queens and hanging out at the pannels. It was an absolute blast but my gosh, I don’t think I’ve ever been so glad that I booked a Monday off work…